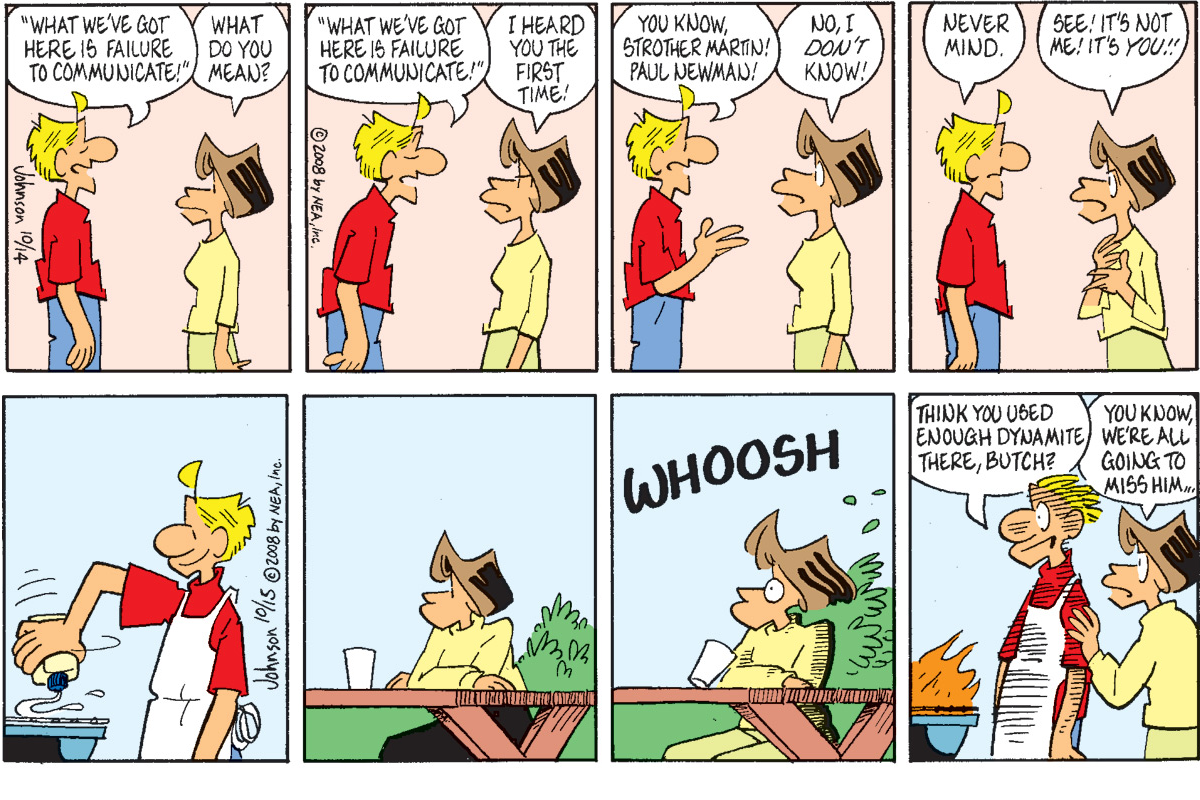 When Paul Newman died early in the fall of 2008, I got not one but two inspirations from his passing. I probably could have gotten more, but even cartoonists, shameless opportunists that we are, have our limits. You know, it just dawned on me that Strother Martin was in both movies referenced above. And Paul Newman’s character was killed off in both.

26 thoughts on “Four Thumbs Up”