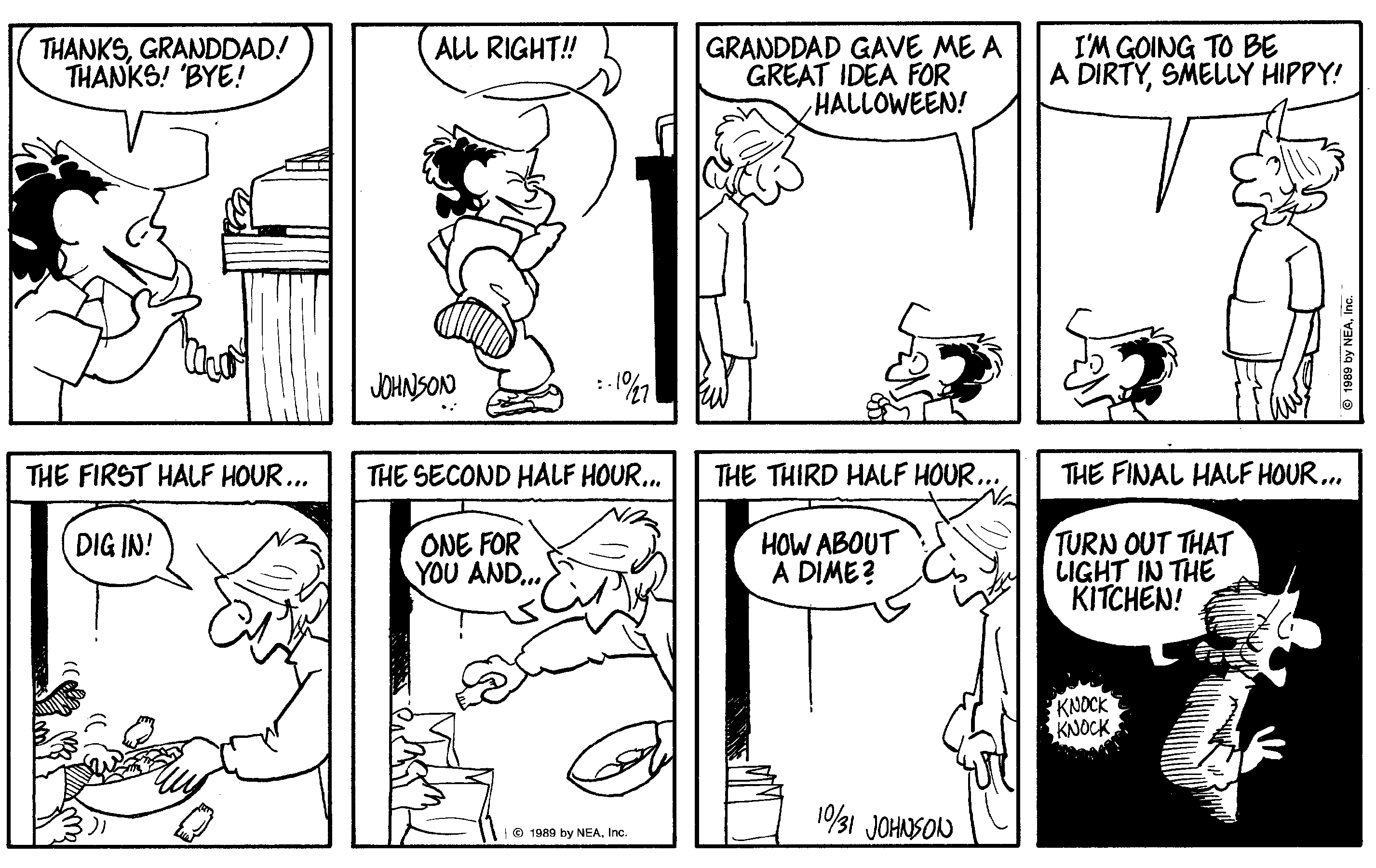 Strictly speaking, “The Summer of 35” is over, but I’m going to keep showing some older material for a few weeks more. Some of you seem to enjoy it, and it’s a bit of an education for those of you who haven’t been following the strip since its early days. I chose two strips from October of 1989, because the bewitching season is nigh, but the first strip has additional significance. When Arlo & Janis launched, a major premise was that the couple had been counter-culture types in their youth. They were not straight from the corner of Haight and Ashbury, for heaven’s sake; this was a newspaper comic strip after all. No, they were like many of us at that time. Their deepest commitments had been to wearing weird clothing and having lots of (We thought!) previously forbidden fun. Now married with a young son, Arlo and Janis were set up to be gobsmacked daily by life’s realities. Ha ha.