Meet the new day, same as the old day 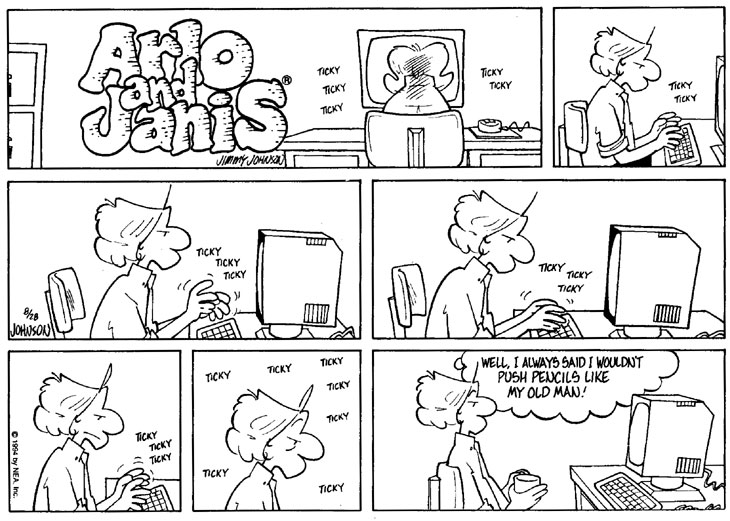 Arrrrrr!!! I know, I missed International Talk Like a Pirate Day. My excuse is that it fell on a Saturday. I’m going to try to make it up to you today by showing you an old Sunday cartoon that you’ve never seen before, unless you saw it in newspapers in August of 1994. That’s right, I scanned it especially for readers of arloandjanis.com. I’ll try to do more of that in the near future. I told you things would pick up in the fall.

My own father was not a pencil-pusher. He was a machinist in a textile mill. The mill where he labored most of his life, one of the largest “cotton mills” on the planet at one time, is today being torn down for the bricks and beams. I never thought I’d see the day.