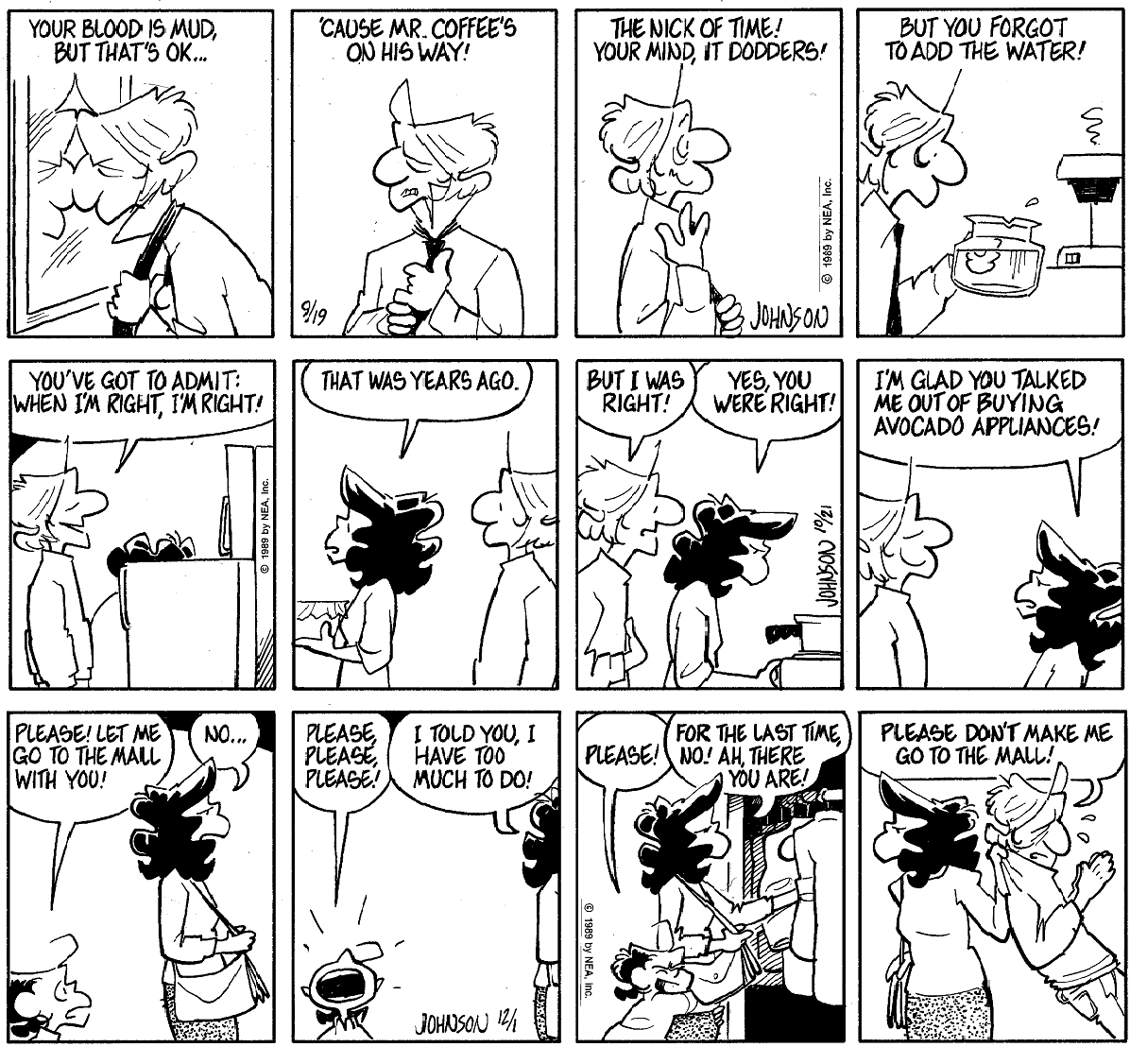 I enjoyed my brief time away, and I give you three classic comics as a token of my appreciation for your indulgence. All these old cartoons are from 1989 and can be seen only here. And my creepy upstairs closet. I seem to be stuck in 1989; I need to summon the courage to dig deeper into that creepy closet. The first example is an early attempt at verse, a little trick I picked up along the way. A fair-to-good poem, I have come to believe, is better than a bad gag, and it is a handy crutch when completely stuck for an idea, good or bad. I had to overcome a cultural bias in the process. My background is in newspapers, and there is nothing a newspaper editor hates more than poetry. I’m not completely sure why that is, but I have some ideas. First, a good newspaper is in no way literature; it is a no-nonsense instrument of record. Nobody believes this more than a good editor, bless his delusional little heart. Second, if an editor weakens and publishes just one of the unsolicited poems routinely sent to newspapers by would-be poets, he would regret it deeply and for a long time.