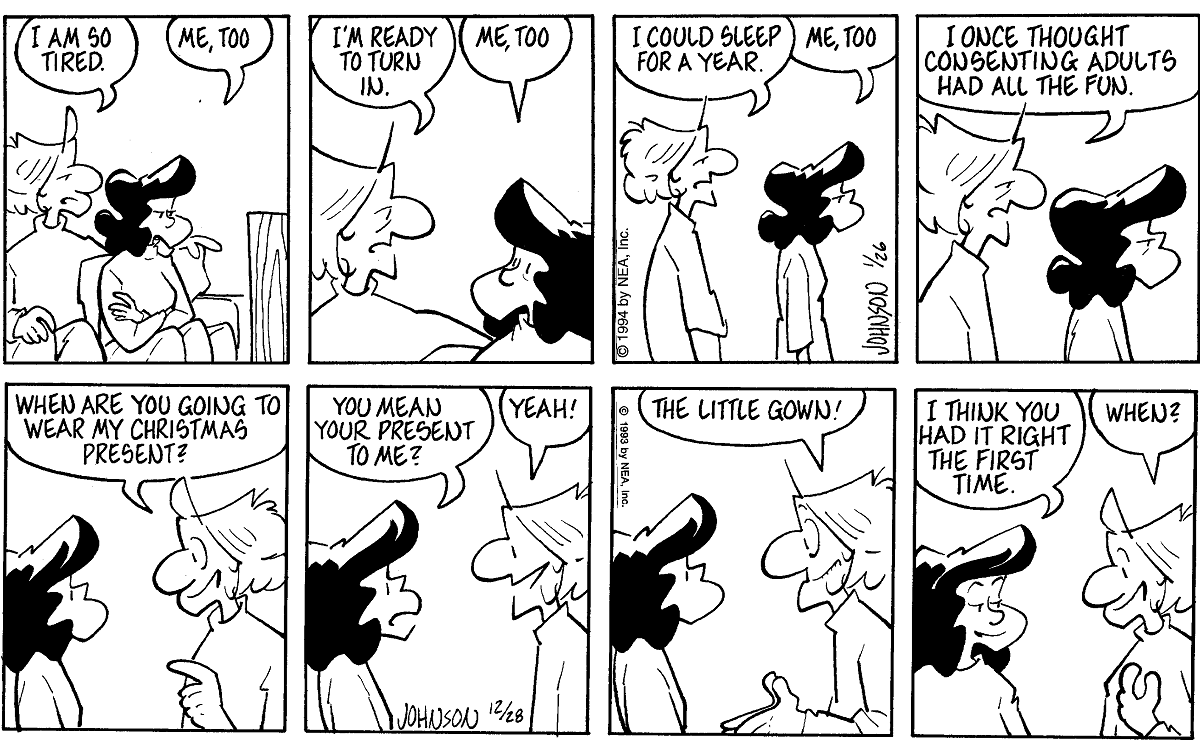 By the early 1990s, just before the advent of digital archiving for A&J, The strip largely had taken on its present appearance, although the evolution of Janis’ appearance still had a way to go, and I would continue to improve as a cartoon artist. The first strip above hangs in the home of a friend of mine. No, I won’t tell you what friend. Obviously, the “Summer of 35” stretches on, that observance of the 35th anniversary of the premier of A&J. In fact, I’m thinking of institutionalizing it somehow, making older material available on a permanent basis either here or on GoComics.com. You know, sort of like “Nightline” grew out of the Iranian hostage crisis.