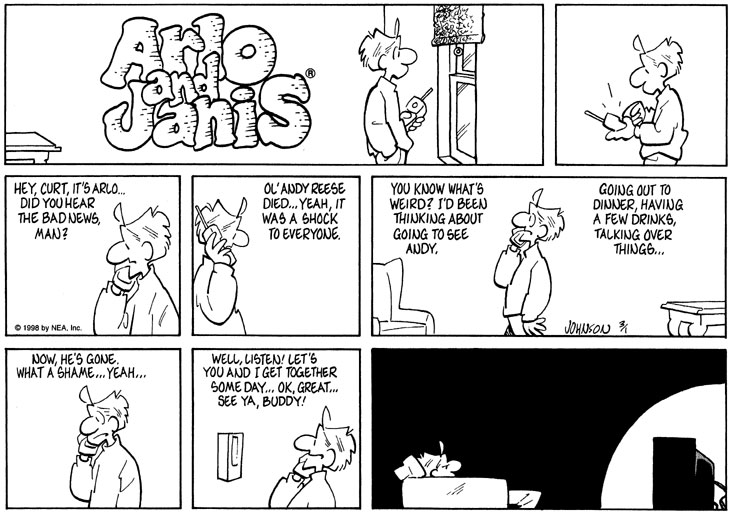 Yes, Andy Reese was a real person, and he was a friend of mine, and he died. I wish I could have dinner and a few drinks with him one more time.

On that somber note, congratulations to the Florida Gators, who survived the highly contrived Bowl Championship Series elimination process to be declared the champions of big-time college football. And congratulations to the Utah Utes, who finished an unbeaten season and won the Sugar Bowl game by convincingly whipping Alabama, a highly ranked team that came within minutes of being in the national championship game themselves. For their success, the Utes were allowed to stay home this week and go skiing. Don’t get me started.

I can’t watch the Utes play without thinking of the movie “My Cousin Vinny,” when Fred Gwynne, playing a southern judge, asks Joe Pesci, playing a hack lawyer from Brooklyn, “Mr. Gambini, what are ‘utes’?” Pesci replies, “‘Utes,’ Your Honor! ‘Utes!’ You know, young people!”